Excitedly bringing together bright, glitzy pop playfulness with imperious instrumentation, Stand Atlantic have now created two albums based on being both memorable and commanding. All of this, without sacrificing any of their defining sense of charm. Founded in 2012, they have quickly cut out an identity for themselves in the pop-punk scene in a way that keeps the defining elements of the sound intact, while refusing to pin themselves down.

'Pink Elephant' is an exemplar in erratic yet fun song crafting. The all-important rhythm section led by Rich and Panici lends a sense of energetic exquisiteness, matching that of the defining acts in pop-punk, some of whom they have already earned respect amongst. Potter commands his guitars with an impressive sense of diversity, employing slick, fuzz-laden grooves on a track like ‘Blurry’, or else providing ambitious solo work on ‘Jurassic Park’. At the helm of the act though, is Bonnie Fraser who emanates personality both through her precise rhythm work and her ability to use her distinctly powerful vocal prowess to change the attitude of entire songs such as the infatuating ‘Eviligo’, from beguiling to menacing, often in a matter of seconds.

One element hinted at on the debut, yet saturating their second effort, is the prevalence of synthesizers, effects, and studio quirks. These may prove distracting at first, yet definitely lend to that sense of liveliness and vigour, engulfing the album. I wouldn’t quite go so far as to label the way these trinkets are used as art-pop, except to say that they frequently lend a charismatic personality to these pieces. Take the sombre moment ‘Drink to Drown’. Beginning as a mournful ballad, the pianos and are given time to breathe, complementing the introspective aura as the exquisite vocal layerings and orchestral embellishments create a sensation of being immersed in your own thoughts. Stacking joy with cheerfulness, ‘Soap’ is a striking slice of danceable rock, aided by the optimistic performances and the rich, detailed production.

Notably, the music here skews significantly towards a ‘mainstream’ sound in a way that may prove initially alienating for some fans. ‘Like That’ and ‘Wavelength’ for instance, may prove to be the most divisive, with their shimmering soundscapes. Regardless though, the execution is so energetic that the listener may quickly forget any preconceptions. Even this writer - whose preferred take on the genre stands as soulful and emotional - can appreciate when an act utilises electronics to supplement a sound which, like the myriad of styles that exist across boundaries, needs frequent reinvention.

Don’t misunderstand, Stand Atlantic are far from the first to bridge the previously opposed musical styles of aggression and extreme accessibility. Still, by doing so in such an exuberant manner, they demonstrate how the traditional traits associated with alternative punk: freneticism, energy, enthusiasm can be brought to life in multiple ways. The guitars still stand out, yet blend seamlessly with the diverse range of instrumentation on display. I for one, welcome the opportunity to see these ideas flourish.

'Pink Elephant' is out now via Hopeless Records- stream the record here: 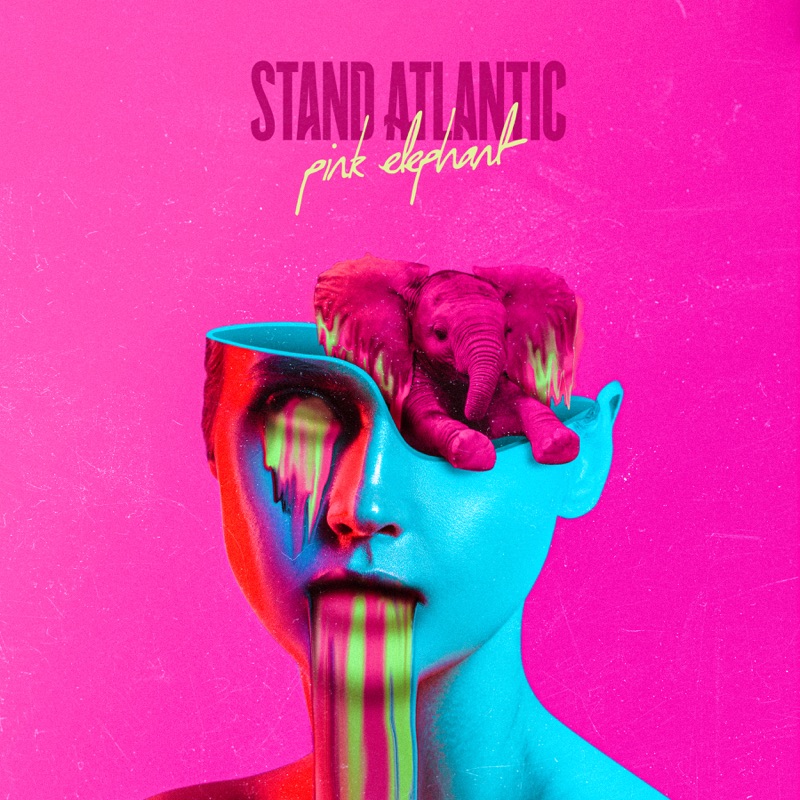 Check out the video for 'Blurry' below: